Alzheimer’s Iron
Project Teams
Art with the Elderly Facilitators
Weekend mornings February through late April
The Golden Years club will be working one on one Saturday and Sunday mornings in two hour sessions creating paintings with the elderly.
It is urgent that you sign up for dates to attend and that you go those mornings. The program works with one on one interaction between the students and elderly and we need to make sure we have enough students for each elderly artist.
Cast Iron Artist
February through mid April
The cast iron artists are responsible for creating a sculpture in response or homage to the elderly artwork by late April. Works will be shown in a gallery setting along with the paintings, which will later be auctioned off.
In addition to the Alzheimer’s Iron pour, your sculpture will have opportunity to get poured at the Binghamton pour in late March or International Conference at Sloss in mid April.
Cupola Team
February 23rd/March 23rd
The cupola and pour team will be responsible for running an iron pour at the National Casting Center Foundry. On February 23rd students will work together to prep the cupola for the pour, have all materials and safety gear needed, charge the furnace, pour all molds and clean up afterwards.
Pour your Heart Out and Alzheimer’s Iron Promoters
February 16th through February 23rd
The Alzheimer’s Iron promotional team will be in charge of talking to the community and telling them about the Alzheimer’s Iron project. Team members will sell t-shirts and later in the semester soap dishes or cast iron hands. Funds will support the material fees of the Alzheimer’s Iron Project. Team members will also put forget-me-not seeds in Alzheimer’s Iron seed packaging for community members who make a donation.
Fundraising
February through late April
The fundraising team will work on designing t-shirts for Alzheimer’s Iron as well as helping finish and patinia the cast iron hands. In addition we will be making soap dishes to sell, to give us funding for material fees. The soap dishes will have forget-me-not flowers in the corner. A positive way of looking at Alzheimer’s is as a cleansing or washing away. The soap dishes will be sold for $20 each. The t-shirts will be sold at $20 each. The cast iron hands will be sold for $120 each.

Posted by Alzheimer's Iron at 9:31 PM No comments:


Fading Memories Made Into Eternal Artworks


Alzheimer’s Iron is a multi-step, cross-generational art project that will benefit the Alzheimer’s Association. The project is made up of three steps: production of artwork by elderly community members, interpretation of these works and rendered  sculptures by iron castors, and an auction featuring the artworks.


The first step of the project involves the Golden Years Club (a community service based gerontology club) facilitating the making of artwork in nursing homes and assisted living communities in Allegany and Steuben Counties. Each two hour session allows residents one on one interaction with our trained club members. Elderly artists create paintings from red and black iron oxide and gesso. “The human brain supports-perhaps thrives on-creative activity and certain types of creative challenges- ones that may foster repair and growth of brain structures and their attendants behaviors.”[i]


A handful of elders that participate in the painting session will also get an alginate (a mold making material that captures extraordinarily small detail) mold taken of their hands. The hands will be cast in Iron and duplicated, one will be given as a memento to the elders’ families and others sold for fundraising purposes.


The paintings are given to students at The National Casting Center Foundry at Alfred University to create sculptures in response or homage to the elder’s artwork. The artist involved is provided with information about Alzheimer’s disease and it’s affects on the elderly individual and their families.


After the students has sculpted their art out of wax or non drying clay, they rally together to perform a cupola iron pour (an ancient art form which melts iron in a furnace). The community and families of the elderly involved in the Alzheimer’s Iron project are encouraged to come watch the pour and meet all of the wonderful cast iron artists involved.


All paintings and sculptures will be shown and auctioned off. All proceeds will be donated to the Alzheimer’s Association. 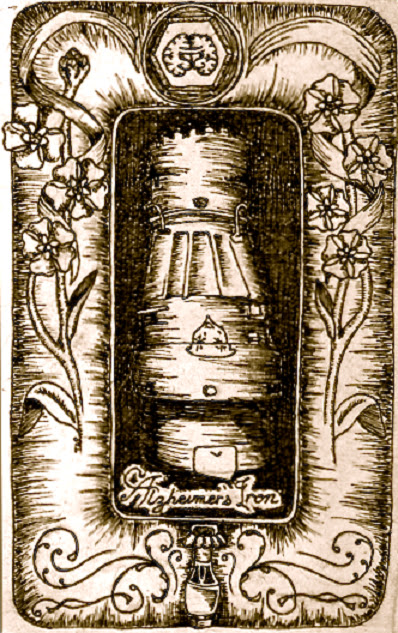 Posted by Alzheimer's Iron at 9:25 PM No comments: