Last weekend at the Hornell Alzheimer's Awareness Brunch, we saw our friend Bernie once again.  Bernie is an elderly man living with Alzheimer's disease in New York's Southern Tier.  In the past he attended one of our Watercolor workshops.  His painting was interpreted by a glass artist and made into a vase.  We were thrilled to be able to show Bernie the sculpture and make a gift of it to his family who, fortunately, were visiting him at the time.  Smiles were on every face and tears of joy filled many eyes.  Here is a photograph of Bernie and his family receiving the stunning glass vase made by talented glass artist, Olga Rozin.

During a workshop held last Fall, thirty Alfred University students became certified in the Alzheimer's Association “Memories is the Making” program and volunteered at a Hornell Nursing Home.  This was part of the Alfred University’s community art program, “Drawn to Diversity.” 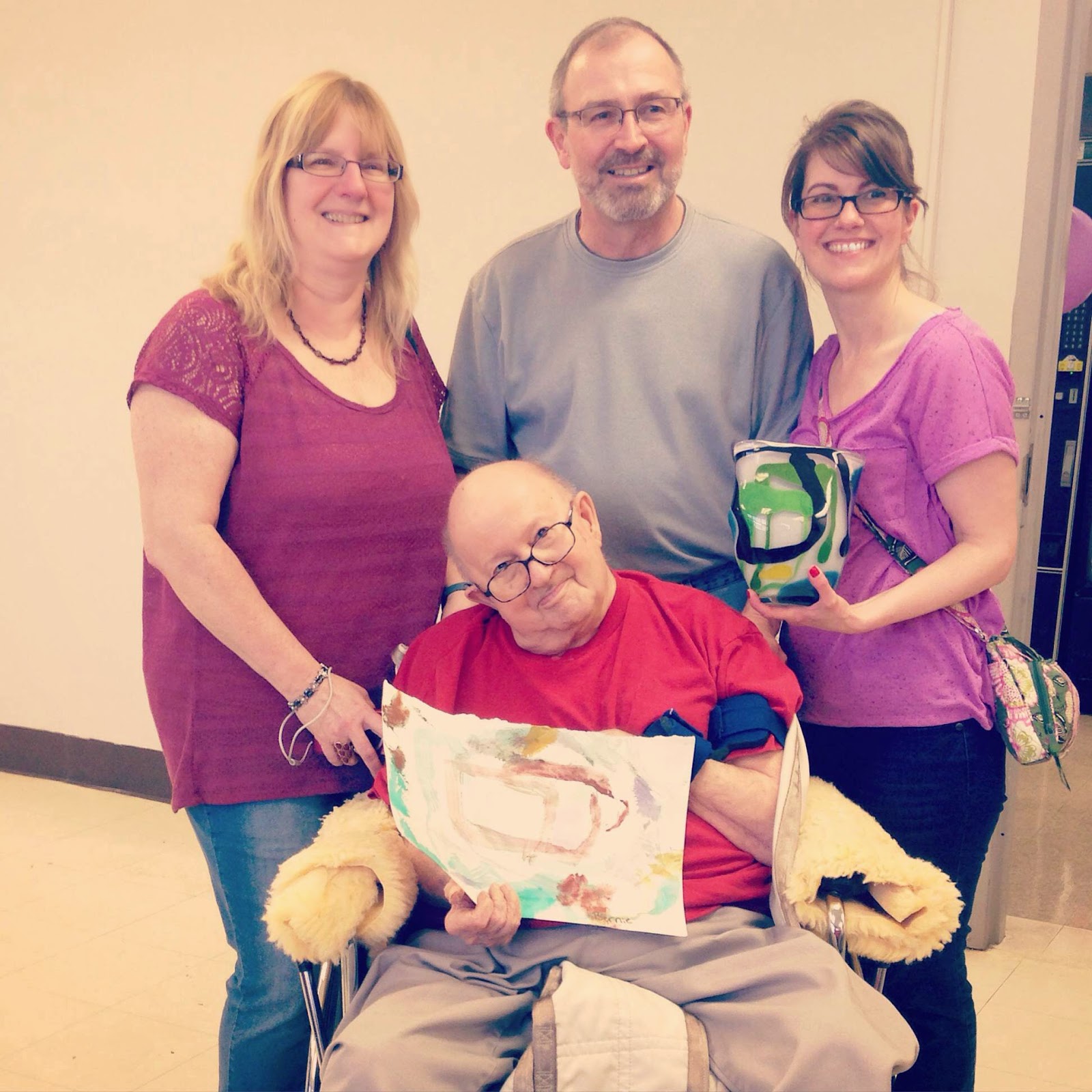 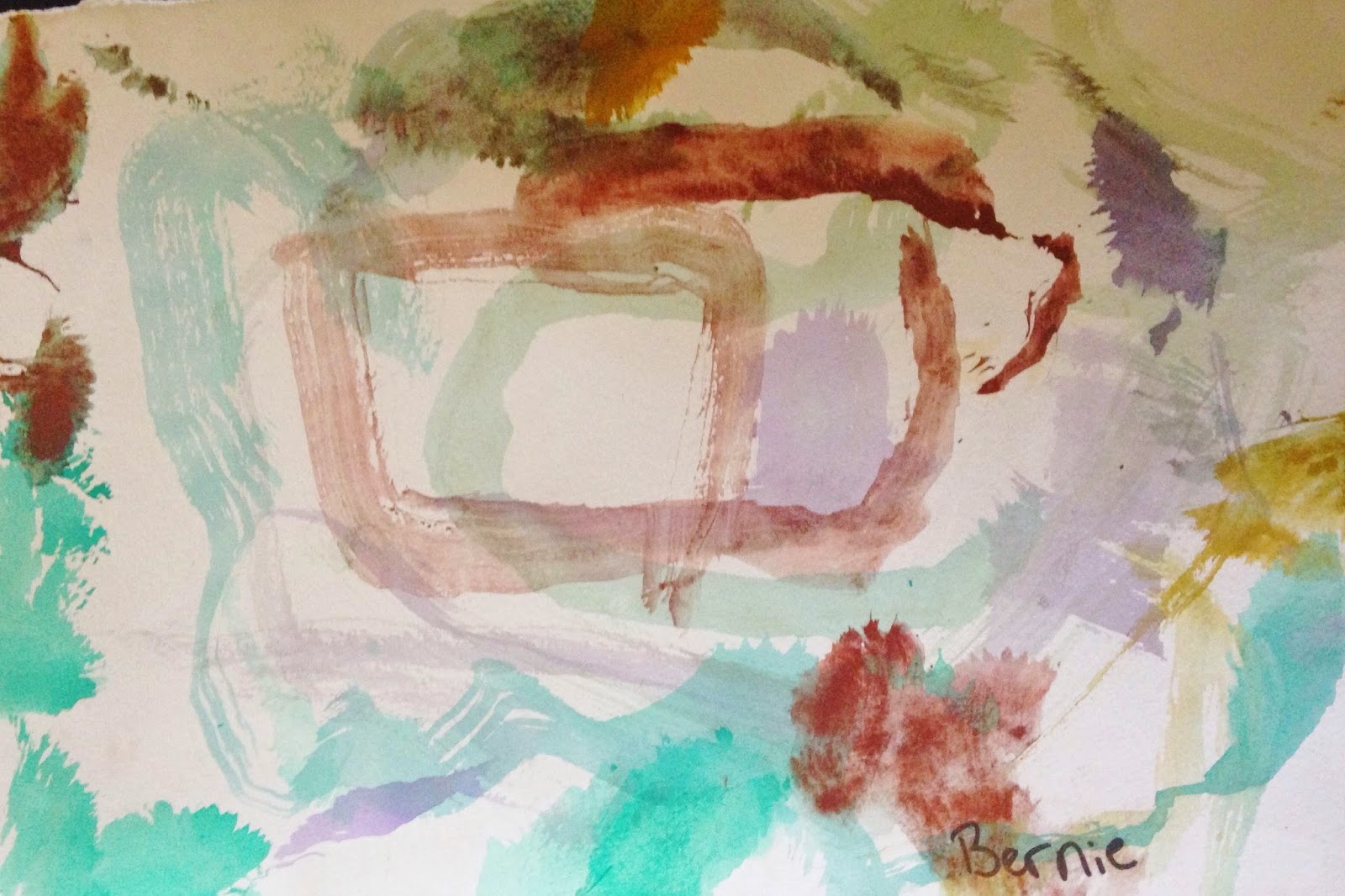 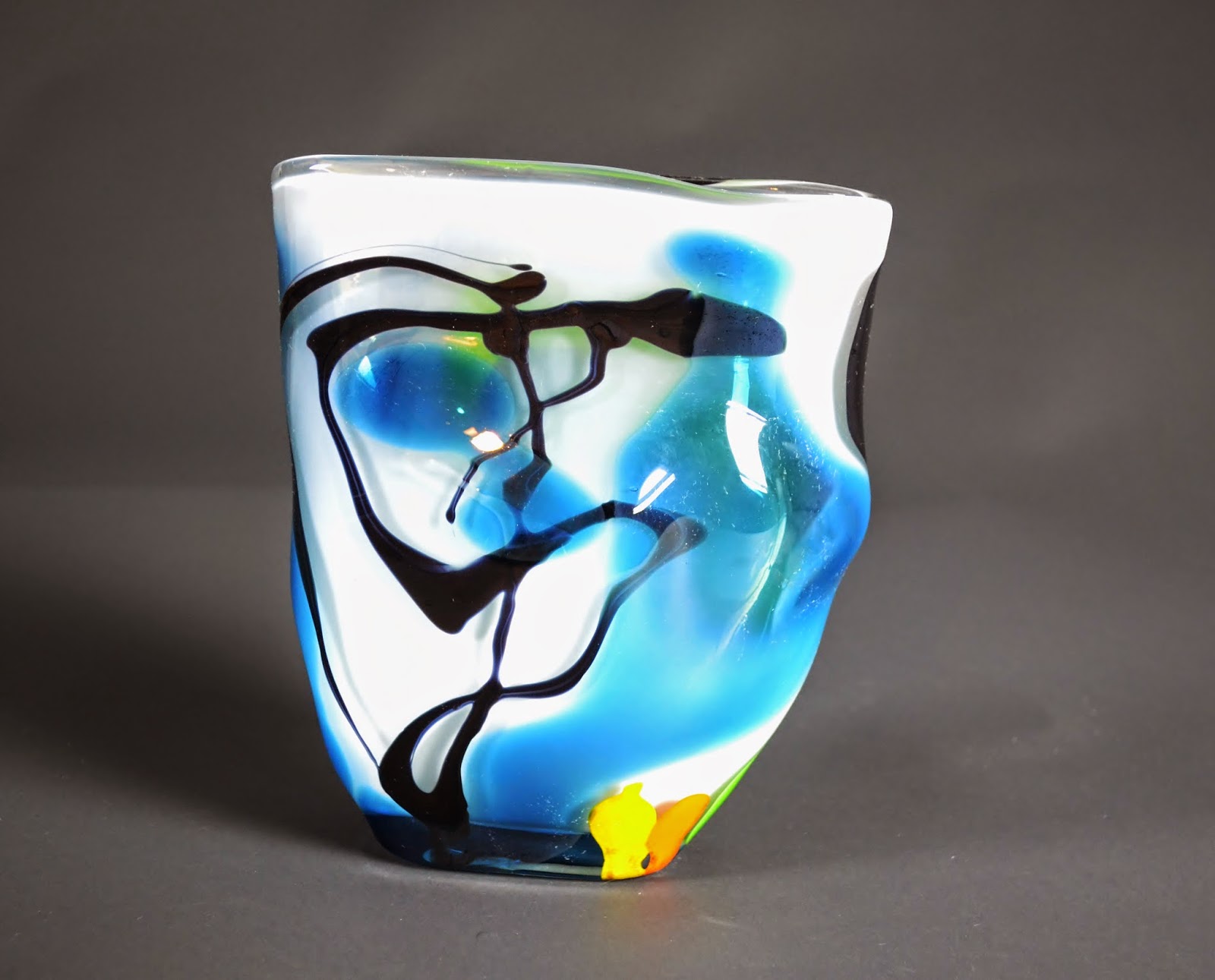 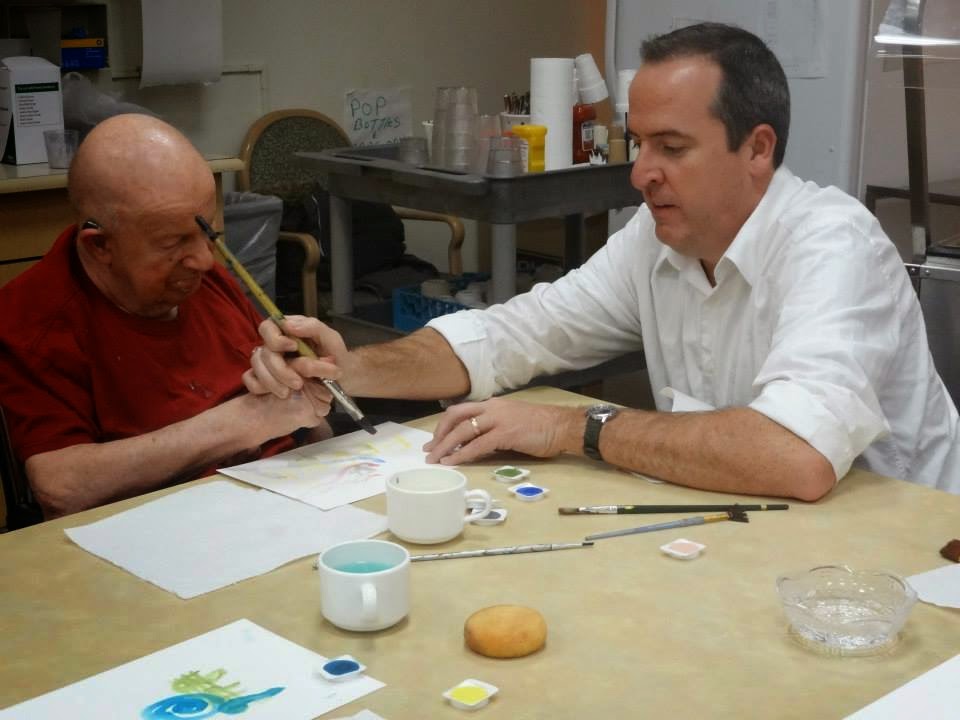