A half ton Alzheimer Iron sculpture by the projects founder Rosemarie Oakman was installed on main street in Beacon, New York, in May as part of the Beacon 3D Outdoor Sculpture Exhibition.
The exhibits official opening is Saturday, June 13, 2015 at 2 pm at 18 West Main Street (2-Way Brewing Company). Sculptures will remain on display until October 15th 2015.

This work is part of an ongoing initiative to expand the Alzheimer's Glass and Iron Project in Beacon, New York throughout 2015. On Friday we hosted an Alzheimer's Awareness Brunch at the nearby Elant nursing home and donated 2 glass and 3 cast iron sculptures back to the nursing home, based off artworks made by elderly residents living with Alzheimer's Disease. Next week we will be casting sculptures created by the elderly of New York living with Alzheimer’s and Dementia at Beacon's Iron Pour – HEFeSTUS. Throughout 2015 numerous art with the elderly workshops will be held in the Hudson Valley. 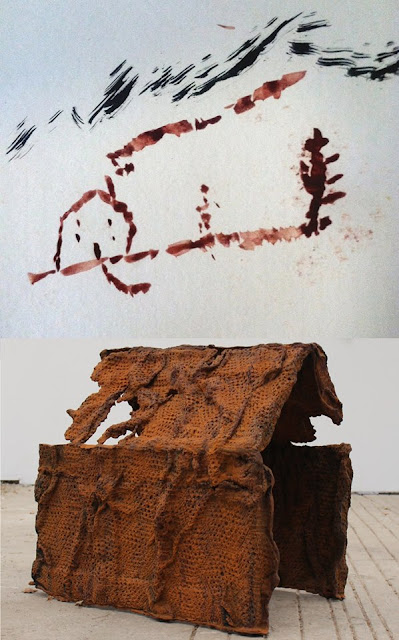 Posted by Alzheimer's Iron at 9:21 AM